WE REPRESENT WOMEN WHO HAVE BEEN INJURED AS A RESULT OF THE NEGLIGENT USE OF THE POWER MORCELLATOR AND STAND READY TO REPRESENT YOU IN YOUR CASE AND RECOVERY. 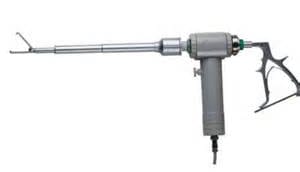 IF YOU OR A FAMILY MEMBER HAVE BEEN DIAGNOSED WITH LEIOMYOSARCOMA, OR CANCER FROM A GYN SURGERY, PLEASE CONTACT US AT 212-725-8500, OR EMAIL US TODAY.

When you need a lawyer, get the BIG GUNZTM

A laparoscopic power morcellator (LPM) is a device that is used for minimally invasive laparoscopic surgeries, commonly to remove uterine fibroids, and to perform hysterectomies and myomectomies. A morcellator uses a blade to fragment tissue so that it may be removed through the use of small incision sites, allowing for a less invasive surgery with a shorter recovery time.

The use of power morcellators can spread unknown cancer tissue all over the abdominal cavity, accelerating the patient’s cancer exposure, staging, and ultimate demise. Where there are undetected uterine sarcomas containing cancer, which prove difficult to discover in the pre-operative stage, the patient is put at a higher risk of the cancer spreading than if the cancer were to be removed intact.

WHAT TYPES OF CANCER ARE INVOLVED?

What is it? Soft tissue sarcoma that starts in smooth muscle cells. This type of cancer is resistant, in that it is not very responsive to chemotherapy or radiation. Symptoms include a lump or swelling; abdominal pain or discomfort; or vaginal bleeding of women who have gone through menopause, or a change in periods who have not yet gone through menopause.

How is it treated? Typically, leiomyosarcoma will be removed surgically. The surgery may be followed by radiotherapy, which is used to reduce the risk of the cancer recurring. Chemotherapy is often used for a recurring leiomyosarcoma.

What is it? This type of cancer develops in the connective tissue of the endometrium. The outlook with endometrial stromal sarcoma is better than with other uterine cancers, as these tumors tend to grow slowly. Symptoms include long or heavy bleeding and pain or swelling of the pelvis.

How is it treated? Removal of the ovaries, fallopian tubes or cervix may be necessary, depending on where the cancer is. While the survival rate is high if caught early, there is a high rate of recurrence, making hormone therapy likely. Chemotherapy is used when the cancer recurs.

What is it? This is the most common type of endometrial cancer. It occurs when the cells of the endometrium grow and multiply without control by the mechanisms that normally limit their growth. Symptoms include abnormal bleeding from the vagina; this means any vaginal bleeding for women who have gone through menopause, or heavier or more frequent bleeding for women who have not gone through, or are going through, menopause.

How is it treated? While surgery is the main treatment, other options include radiation therapy, chemotherapy and hormone therapy.

What is it? This cancer develops in the uterus. These tumors appear most commonly in post-menopausal women. Symptoms include abnormal vaginal bleeding, as well as pelvic or abdominal pain.

How is it treated? Surgery is the primary form of treatment. The benefit of chemotherapy or radiation is not clear.

WHAT TYPES OF SURGERIES ARE INVOLVED?

Power morcellators have become of common use in the removal of a woman’s uterus. The use of the device allows for a shorter recovery time, with less post-operative pain, due to the ability to perform a less invasive surgery. Power morcellators are used in both partial and total hysterectomies.

Myomectomies are the surgical removal of fibroids from the uterus. Fibroids are typically non-cancerous growths in the uterus that are very common in women. Some women experience pelvic and back pain, bladder pressure, abnormal vaginal bleeding, or difficulty becoming pregnant due to the existence of the fibroids, prompting their removal. The use of power morcellators in myomectomies has also become common.

If you or a family member has had any gynecological surgery involving the removal of organs or tissue wherein a power morecellator was used, the risk of spreading undetected cancer was present.

The issues surrounding the use of power morcellators first became known through the story of Dr. Amy Reed. In October of 2013 Dr. Reed of Boston underwent a laparoscopic hysterectomy. The surgery was prompted by the need to remove uterine fibroids, which are usually benign growths inside the uterus. Inside one of the growths after the surgery was completed, the doctors found an unexpected and unknown leiomyosarcoma. During the procedure, Dr. Reed’s doctor used a power morcellator, which was found to have increased the risk of spreading the leiomyosarcoma through her abdomen. The use of the morcellator led to a 70-80% chance that Dr. Reed’s cancer would spread; this would have been a 30-50% chance if the tumor had been removed whole. At the time of Dr. Reed’s surgery, the American College of Obstetricians and Gynecologists, like others, found the use of morcellators to be low risk; they did not offer guidelines on what patients should be told in regards to the use of such an instrument. Dr. Reed was never told that the procedure carried a risk of spreading her unknown cancer.

FDA WARNS AGAINST USE

In April of 2014, the US Food and Drug Administration (FDA) issued a news release which discouraged the use of power morcellators. The FDA stressed specifically that power morcellators should not be used in women who are known to, or suspected of having, uterine cancer. According to an FDA official:

“There is no reliable way to determine if a uterine fibroid is cancerous prior to removal. Patients should know that the FDA is discouraging the use of laparoscopic power morcellation for hysterectomy or myomectomy, and they should discuss the risks and benefits of the available treatment options with their health care professionals.”

In November of 2014, the FDA issued a further warning against the use of power morcellators “in the majority of women.”

OTHER ORGANIZATIONS HAVE WARNED AGAINST USE OF POWER MORCELLATORS

The American College of Obstetrics and Gynecology (ACOG), in May of 2014, also released a report, which stresses the importance of doctors explaining the risks to their patients in light of the possible dissemination of cancerous tissue. ACOG, similar to the FDA and the SGO, advised against the use of power morcellators in women with known or suspected cancer.

In July of 2014, Ethican, owned by Johnson & Johnson, issued a voluntary market withdrawal of all morcellation devices that they had on the market. This was effectively a recall, whereby Ethicon advised distributors to inform the hospitals and doctors that they provided with such devices of the withdrawal, and to return the product. Ethicon states that they were doing this based on the difficult to detect cancer prior to the operation, and the risk of the devices spreading cancer. The FBI is currently investigating Johnson & Johnson, based on a suspicion that the company knew of the risk prior to warning physicians and the public about it.

IMPORTANCE OF HIRING AN ATTORNEY

Many states have statutes of limitations, putting a deadline on when a suit may be filed. Many claimants have a limited life expectancy. It is important to hire an attorney as soon as possible to ensure that the client’s facts are preserved while they are still alive.

IF YOU OR A LOVED ONE HAVE BEEN DIAGNOSED WITH LEIOMYOSARCOMA, PLEASE CONTACT US TODAY AT 212-725-8500, OR EMAIL US TODAY.

Email Us For Help!